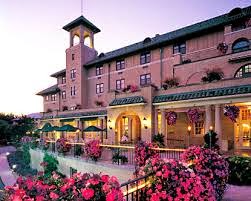 The pointy-headed poobahs who say we’ll need numbers in the trillions to fix the dreadful 2009 economy are mistaken. The answer isn’t more dollars.

What we really need are more Hersheys. I figure about 1,000 of them ought to do it.

If that thought inspires a craving, go ahead and start gobbling candy bars. Each purchase helps less fortunates in heart-warming ways few chocolate lovers will ever understand.

But what we really need are more Hersheys like Milton S.

Most of us say earnest prayers at one time or another that our lottery tickets hit, the rich uncle kicks and leaves us the loot or that Speilberg calls with movie offers about our long-ignored novels.

We justify our prayers for material wealth because we’re sure we’d be generous with the money. We’ll buy mom a new house, donate to worthy charities and tip the waitress $20 just to keep the coffee hot.

Here’s a secret: if you want your prayers to hold more sway in heaven, just prayer you can be more like Milton Hershey. Heaven knows we need more men like Hershey, still to this day, 64 years after his death, the answer to many prayers.

We just spent the night in his namesake town and I came home again refreshed with the inspiration that once there was a CEO to be revered not reviled.

Hershey built an unconventional empire through sound practices that are taught in business schools throughout the land.  But what he really represents is a humanitarian inspiration that, it seems to me, has for too long been ignored in those same schools.

Hershey, you see, is a great destination for families who want to enjoy the 102-year-old Hersheypark, spiffy new waterpark attractions, the zoo, the museums and the art centers.

But Hershey is, in essence, very similar to grubby little coal patch ghost towns scattered throughout Appalachia in that it is at its heart a company town. But what a company. What a town.

As author Michael D’Antonio notes in his 2007 biography of Hershey, he poured profits from the company straight back into the town he built on 40,000 acres from scratch in 1903. He built championship golf courses, a posh theater, a shining department store at the corner of Cocoa and Chocolate Avenues, utilities, sumptuous gardens, a trolley system, a hospital, all first class.

“It all worked,” D’Antonio writes, “because Hershey had created a remarkably strong local economy. The basis for this strength, and the key difference between this place and other company towns was home ownership. Instead of renting to his workers, Hershey arranged for them to purchase houses and become investors in their community. Homeowners were more certain to maintain their properties and far more likely to stay put in their jobs and their towns.”

They gave him Kisses (about 1,300 per minute). He gave them everything else. He built a town that would nurture, not only great sweets, but great people.

It’s a fascinating story for reasons that go beyond staggering philanthropy. He and his beloved wife, Catherine, had booked passage on the Titanic in 1912, but business kept them from boarding the ill-fated voyage.

There are many reasons for us to be grateful for that historical footnote. In 1918, Hershey -- he and Catherine were unable to have children of their own -- secretly endowed the Hershey Industrial School (renamed in 1951 the Milton Hershey School) with the entire fortune of his company stock. The school will celebrate its 100th birthday this August. It has provided for tens of thousands of underprivileged children.

While other capitalists pulled back and conserved during the Great Depression, Hershey sensed duty and opportunity. He created 600 jobs to in 1933 build the fabulous Hotel Hershey, still one of the finest grand hotels in America. The hotel just completed a grand expansion that added 10 luxury cottages, the new Harvest Restaurant and a recreation/pool center that includes an all-season outdoor skating rink. During these bleak times, the $67 million project coincidentally created, yep, 600 jobs.

Hershey died at the age of 88 in 1945 at his namesake hospital and is buried next to his beloved Catherine (she died in 1915 at the age of 43) in the Hershey Cemetery. He died, in effect, penniless, having transferred the entirety of his $60 million wealth to the Hershey School. The school is today endowed at $6 billion.

The school’s endowment’s perpetuity is ensured by Hershey’s insistence, years earlier, than pennies from every single Hershey bar be directed to help keep the school and its mission thriving.

So next time you think about praying for yourself, your neighbors or the needs of this ailing country, try not to pray for base monetary solutions.

We could all use another Hershey or two these days.
Posted by Chris Rodell at 7:29 PM