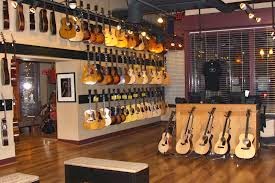 The Birds and The Snakes are always lounging around the office of guitar peddler extraordinaire George Gruhn. He’s the iconic owner of Gruhn Guitar, an acoustic echo away from the fabled Ryman Auditorium in downtown Nashville. There’s even a picture of him with one of the Monkeys.

When carpenters need hammers they go to Lowe’s. When rock’s royalty need their trade goods, they go to Gruhn. His customers include Tom Petty, Eric Clapton, Bruce Springsteen and the late George Harrison.

What you won’t find anywhere in the immaculate showroom or any of the three inner sanctum floors above it, accessible only by “Get Smart” password-protected elevators, are pictures of Gruhn mugging with any of the legends whose swaggering pictures have adorned the bedroom walls of millions of adolescents, not to mention gold-record album covers.

The Birds are not Roger McGuinn, but are African Gray parakeets. The Snakes aren’t some hair band refugees, but are assorted boas and pythons tended by Gruhn. And that Monkey’s not Davy Jones. It’s just Gruhn, a respected amateur zoologist, and some chimp.

“I’m not a hero worshipper,” he says with a wry smile from behind a desk that resembles him in its disheveled appearance. He’s a thrice-married pacifist with two of his three children waging war in Afghanistan and Iraq, and an engaging humanist who’ll casually mention he’s concerned about the rising levels of mercury in the nurturing breast milk of Icelandic mothers, even though at 63, his opportunities of being suckled by Icelandic mothers are dwindling.

He may not worship the tradesmen, but he reveres the tool. “To me, guitars are fully sensual works of art. Some great works of art you hang on a wall. A truly great guitar is something you can feel, touch and hear. Some of them even smell good. They have a personality. The truly good ones come alive in a player’s hands and it can sound differently in the hands of 10 different players. They are not in any way inanimate objects. Touch one just right and it’ll produce a sound that’ll stay with you forever.”

And they hold an abiding interest for savvy investors who’d rather pluck at the pages of a business journal than the strings of a lively guitar.

For $50, he’ll do in-person or on-line appraisals from instrument owners (during a recent visit, he dispassionately dashed the million-dollar dreams of one little old lady who’d e-mailed grainy photos of an instrument she’d been told might be a priceless Stradivarius. “On a good day, it’s worth $250,” he sniffed).

Craftsmanship coupled with historical value is the jackpot. In 2004, Gruhn sold a consigned heirloom Gibson L-5 acoustic used by Maybelle Carter from 1928 until her death in 1978 to the Country Music Hall of Fame. Gruhn said it was “the single most important guitar in the history of country music.” It’s price: $575,000

Gruhn used to devote his most rapturous descriptions exclusively to things that slithered. As a 12-year-old boy growing up in Chicago, he had his first professional article published by a weighty scientific journal. It seemed preordained that he’d be a zoologist when he enrolled in pre-med at the University of Chicago. But the nascent folk music  boom was beginning to sweep northern campuses. Gruhn, an obsessive collector, became fascinated with the instrument that was driving the movement. His parents indulged him with a guitar. Just one.

But, as he’d done with snakes, Gruhn began researching the instrument’s history and seeking to obtain more exotic elements. He’d wade into the pawn shops with a prospector’s discerning eye. “I’d go looking for pre-war Martin guitars and I’d find a Les Paul for $75 that I knew I could sell for $150.”

Guitar collecting  was still just an obsessive sideline when he was taking graduate classes at Duke and later the University of Tennessee in Knoxville. That’s where Hank Williams Jr. tracked him down.

“He’d heard I had a collection and called for directions,” Gruhn recalls. “The next day, he made the four-hour drive from Nashville in his Jaguar E6. He bought three guitars, all his Jag would fit, and said the next day he was coming back and bringing a bigger car. It was a Cadillac Eldorado. He filled that one up, too.”

Then instead of wheeling a bigger vehicle, Williams said, hey, why don’t you move to Tunetown?

Like that, Gruhn turned his back on working professionally with one kind of snake and moved to a town where generations of disgruntled songwriters have said is dominated by a two-legged kind.

The motherlode of Gruhn customers are drawn to satisfy a creative craving. Some have convinced themselves they’re bound for a glory that will forever elude. You’ll find them giving it their all every night in places nifty ditty dens like the Bluebird, Tootsies and Robert’s Western World.

“Performing” at Gruhn’s is discouraged and only once does Gruhn, himself a beautifully intuitive player, say he’s ever been impressed by a showoff.

“It was Ben Harper before he’d even been signed,” he says. “He picked up a guitar and started playing and pretty soon me and all the employees were standing around enthralled. I remember asking, ‘Who are you? Where do you play?’ Saw him years later in concert and was bored. He must have listened to some bad advice.”

And don’t expect to see any superstar performances by famous guitar shoppers. The stars are discreetly ushered upstairs to the musical equivalent of wardrobe rooms. It’s right there in Gruhn’s where many of the songs you know by heart enjoy an immaculate sort of conception. It’s there that some shiny wood and string excite the able eyes of someone like Mark Knopfler, Elvis Costello or Vince Gill, Gruhn register ringers all, and inspire the thought, “Yeah, this one’ll do . . .”

In praise of rock’s double albums

The Boss for God: a Springsteen concert review

Petty wants me to buy vinyl (& who’s better? Him or Springsteen?)

Grammy thoughts: Recall all music since 1986

Listening to Classic Rock with my senile Mom