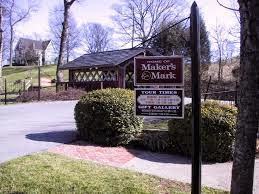 It’s fun, but unnecessary to enjoy a glass of really good bourbon with chatty friends. Unnecessary because the Kentucky-bred liquor is so convivial it eliminates the usual prerequisite for good conversation: with good bourbon, you’ll never even need a companion.

Good bourbon speaks to you.

Listen carefully and it’ll probably tell you it is as American as apple pie, that it offers a life-enriching friendship and, of course, it’ll tell you to enjoy it responsibly. And it’ll tell confidentially mention you really should get to know it a little better.

It’s a message that’s resonating with American imbibers who are increasingly moving beyond beer. The Distilled Spirits Council of the United States (DISCUS) says sales for bourbon and its charcoal-filtered cousin, Tennessee whiskey, were up 12.2 percent during the past decade, while super premium, small batch, single barrel niche offerings are positively exploding with 60.6 percent growth during the same time.

The reasons why are found in charming heartland hamlets like Loretto, Kentucky, and Tullahoma, Tennessee. Those are two stops along the American Whiskey Trail that improbably thrives among dry Bible Belt counties and ends, confoundingly enough, in the nation’s capital, where a government that’s been historically hostile to spirits is having to reconsider its default position that Demon Rum and its dark brethren are societal scourges.

Why? All because of one man who could not tell a lie. Yes, it’s true: George Washington loved whiskey. Indeed, at one time the leading name in whiskey in America wasn’t Jim Beam or Jack Daniel. It was George Washington. A prolific papa, he’s not only the father of our country, he’s also the spiritual sire to every moonshiner who ever coiled some copper and hoped the cursed revenuers wouldn’t spy the smoke. His heirloom whiskey distillery was restored in 2007 and has become a popular stop during Mt. Vernon visits.

The story of Kentucky bourbon, declared by the 1964 U.S. Congress as “America’s native spirit,” however, began eons ago when the molten earth began to cool and elements came together to form a vast limestone shelf beneath a tulip-shaped portion of the land that would become parts of Kentucky and Tennessee. The limestone cradles the life-sustaining aquifer and acts as a magnificent calcium-enriched filter that strains out iron and other minerals that would potentially taint a carefully distilled spirit.

But the biggest factor in ensuring the liquor’s distinctive notoriety came in the late 1780s when a Renaissance man named Elijah Craig -- he was a clergyman who made liquor -- began shipping aged corn whiskey from Bourbon County, Kentucky, to New Orleans in American white oak barrels previously used to haul fish. The Rev. Craig found the most efficient way to cleanse the barrels was to scorch them.

When the whiskey from the barrels stamped ‘Bourbon’ arrived in New Orleans it had a very distinctive taste. Pretty soon people started asking for the Bourbon whiskey.

Over time, the whiskey and the wood do a chemical tango. Tannic acids and vanillins are extracted from the charred barrel and infuse the liquor with flavor accents so delightfully deft that chemists marvel at the serendipitous result. Distillers didn’t know it at the time, but the American white oak, which is abundantly native in Kentucky, is the only wood capable of conducting this alchemy.

The only time Russell’s pleasant, full-moon face looks like it might even harbor a hint of apprehension is when someone asks if it’s okay to mix bourbon and Coke, “Please, I beg you, don’t ever do that,” he says. “It takes me eight years to make this stuff. Don’t ruin the whole thing with a soda in just eight seconds.”

Ah, yes, eight to 10 years is the typical time it takes for bourbons and teenagers to mature. Bourbon, like teenagers, is no stranger to wild times. It was once considered so disruptive that the government “grounded” it from 1920-1933. Prohibition was a national overreaction to the Temperance Movement that might help explain the token gesture of 1964 declaring bourbon America’s native spirit.

It can make you proud to live in a country where creative men and women devote their entire lives to a heritage craft that aims solely at enriching yours.

The 88th Congress seems to have suffered from some bureaucratic verbosity when it declared bourbon “America’s native spirit,” a clumsy bit of construction for something that deserves better.

So let’s have three cheers for bourbon

It’s the spirit of America.