Chatting about earth's best/worst with world's most traveled man 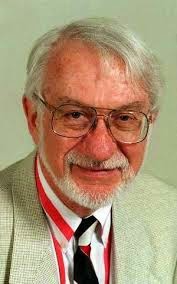 John Clouse has more wives, 7, than most men have stamps on their passports. He’s got the rest of us licked in that department, too. The Evansville attorney, 79, is the world’s most traveled man having been to 315 of the world’s 316 countries, territories and islands. Correspondent Chris Rodell asked him for travel tips and the lowdown on the best and worst of everything on earth.
• PACKING TIP -- Take throw-away clothes, old underwear, socks with holes in them. Wear ‘em and leave ‘em behind. Never overpack. You’re more apt to end up in a dirty whorehouse than get invited to tea with the Duchess of Kent. Pack accordingly. And always keep some jeans and socks in your carryon. Lost luggage can be a trip killer and you don’t want to be without some heavy duty essentials when they tell you in Manila that your bags have wound up in Bangkok

• NEVER LEAVE HOME WITHOUT IT? -- American Express. They got it right. It’s something they do take just about every where and the good old American greenback can still secure some polite cooperation from a surly Estonian innkeeper in the middle of the night.

• WORST MOSQUITOS -- New Guinea. Those nasty little bastards will absolutely riddle your skin, make you miserable. You can cover every square inch of your skin, stick a pinky out and three of them will drill you instantly. Plus, they’re za virtual cinch to give you malaria. But if they had a mosquito Olympics, the behemoths from Alaska would win most of the medals.

• TASTIEST TESTICLES -- There was a restaurant in Berlin called The Ritz. I asked if they had anything different and the maitre’d told me the special was Elephant Soup Burundi -- elephant ball soup. I said, "Well, that’s different." No, it didn’t come in a really, really, big bowl and I hate to say it, but it tasted like chicken. I remember hoping they’d make my dick as hard as an ivory tusk or that they’d give me a blast of jungle virility, but I can’t even remember if I got laid that night so I guess nothing special happened. I’d recommend you order them if ever given the chance. You can always say you have balls because you’ve eaten ‘em."

• EASIEST WOMEN -- That would be Steubenville, Ohio. Used to have a lot of really great whore houses there. Same with southern Illinois where the last hanging happened to some scoundrel who tried to cheat a whore out of her pay. You could kill a man there and get away with it, but they’d get angry when you’d try and cheat a really good whore.

• BEST LAY -- Always look for a really neurotic woman, the kind that’ll twitch when you touch them. They’re really wired differently. Tahitian women are really beautiful, but so is Tahiti. The women there don’t need sex to feel good about life. They’re too goddamned complacent. Neurotic women can be a lot of fun -- as long as you’re leaving town the next morning.

• BEST DISGRUNTLED HIGHJACKER STORY -- I used to run into these guys in Cuba back in the ‘70s. Everyone of them thought they’d arrive in Havana and become kings. Well, that would last about a day. I met one guy and he said a day after he’d arrived they handed him a machete and put him to work chopping cane under the blazing sun. After a few weeks of that, he’d run away, get caught and sent back. He told me a dozen stories and every single one of them ended with ". . . and then it was back to chopping that motherf******’ cane."

• HEAVEN ON EARTH -- The most beautiful place on earth is Lake Navasha, Kenya. It must be exactly what the Garden of Eden looked like. Nothing like it any place else. Fabulous.

• HELL ON EARTH -- Calcutta is just appalling. I remember looking out my hotel window and seeing a man sleeping on the street. I called the front desk and expressed my concern. They said, ‘Oh, don’t worry. He’s not asleep. He’s dead. They’ll be by to pick him up shortly.’ It’s just terribly overpopulated and disease ridden. You don’t need to worry about getting killed by terrorists in Calcutta. I knew a guy who almost got killed there by a cheese sandwich.

• MOST OVERRATED CITY -- Las Vegas. All glitz and everyone trying to impress everyone else. A whole lot of bullshit.

• NEVER TIRES OF -- Paris. The people of Paris don’t just appreciate beauty, they exalt it. Plus, contrary to our prevailing sentiments, the French are wonderful. If someone does something terrible, they say, ‘Why would they do that?’ If Americans see the same thing, we say, ‘Let’s nuke ‘em!’ If that keeps up, there won’t be many places left to travel to without ducking bullets.

• PREFERRED METHOD OF CONVEYANCE -- Take a train every opportunity you can. I’ve ridden everything with either legs or wheels. Nothing beats a train.

• WHERE DOGS ARE GODS -- I love Paris, but I don’t like the fact that I can be eating a sumptuous dinner at an elegant bistro and the little poodle at the next table is watching my every move. Happens all the time. I’ll be eating and I’ll hear, ‘Oh, does Fifi enjoy her little num-nums? Good girl!’ Drives me crazy.

• WHERE DOGS ARE DINNER -- I’ve eaten elephant balls, but have never dined on dog. There’s just something wrong with it. It’s even starting to sink in on the Chinese that the rest of world is repulsed that they eat dog. I won’t do it. Plus, you never see an elephant sniffing around another elephant’s ass.

• HOW SOON THE MOON -- I investigated one of those moon vacations, but I don’t think it’s going to happen for another 50 years. Just too expensive. But when it happens, it’s going to be wonderful. Really out of this world. I’m not kidding.

• NEVER BEEN THERE -- Guinness used to list me as the world’s most traveled man before they discontinued the category. I’ve been to 315 of the 316 world’s countries, territories and islands -- and that’s a number that keeps changing with war, revolution and border disputes. But I’ve never made it to an uninhabited little chunk of volcanic rock about 1,800 miles southwest of Cape Town called Bouvet Island. Fewer than 70 people on the planet have ever set foot on it. I’ve been there twice. Once it was too rough to land. The second time we could have landed, but the waves were so severe we’d have surely been marooned. We’d have run out of booze and I’d have died a horrible, sober death without a woman in sight.

• BEST SOUVENIR I HAVE PICKED UP -- That would be a girl from Sweden. She was on staff of a ship I was on. She came home with me and we had a really fine romance.

• SCARIEST PLACE -- Ghana in the late 1960s was in revolt. Some trigger-happy kids with bloodshot eyes and automatic weapons came knocking on my door. I had to reason with them. That meant parting with two bottles of whiskey, but that hootch may have saved my life.

• MOST BORING PLACE -- Stuck out at sea on a long voyage. I’ve heard it said that being on board a ship is like being in prison with the possibility of drowning. Very true.

• MOST INTERESTING PEOPLE/BEST CONVERSATIONALISTS -- The Irish. You’d swear every Irishman spends hours studying for every friendly chat. They come prepared.

• FUNNIEST PEOPLE/BEST SENSE OF HUMOR -- Norwegians. In Indiana we tell jokes about Kentuckians. The Norwegians are so civilized they tell self-deprecating jokes about themselves.

• FRIENDLIEST PEOPLE -- Scots. I spent time there after I was disabled in WWII. They couldn’t do enough for me. Wonderful, friendly people.

• HAPPIEST PEOPLE -- A Russian when he’s good and drunk, and the second part of that description is redundant.

• MOST DISGUSTING/LEAST DRINKABLE COCKTAIL OR ROT GUT -- Latvian Black Balsam is a poison. That S.O.B. is so strong and nasty many candy asses can’t even swallow a sip of it. But get past that and a real drinker can get a great buzz.

• LEAST PLEASANT LANGUAGE -- I’m German, but the Germanic languages can break the ears off a stone statue. Just hurts to hear it.

• LEAST ATTRACTIVE WOMEN -- The Hutu’s of Burundi really got the short end of the stick in the looks department. Just squat little women with ugly features. The world is full of beautiful black women, but not a one of them is Hutu.

• MOST ATTRACTIVE WOMAN -- The woman of Moldavia in the Carpathian Mountains are just splendid. Tall and thin with great asses, they are just splendid, which is a good thing for Moldavia because without those women there would be nothing else worth getting excited about.

• BEST MEAL FOR A BUCK -- I don’t know how they do it, but a dim sum in Hong Kong features every delicacy you can imagine and they practically give it away for nothing.

• WHY EVANSVILLE, INDIANA -- It’s safe and I’ve found about three or four intelligent people who enjoy a good Happy Hour everyday around 3 p.m.

• ADVANTAGES TO BEING AN ELDERLY TRAVELER -- You can get inebriated a whole lot cheaper than you used to.

• WORST DAYS ON EARTH -- I survived the Battle of the Bulge in 1945. That men can do that to one another still gives me nightmares. I swore if I ever made it out of there alive, I was going to live an entirely original life. I remember talking to guys in college who were getting nervous about taking an exam. I asked, "No one’s going to be shooting at us are they?" Nothing on earth has bothered me since I walked away from the Battle of the Bulge.

• NEXT STOP -- I’m heading to Nakhichevan. It used to be part of Azerbaijan, but they changed the name and I’m terrified if I don’t go someone’s going to say to me, ‘Say, have you ever been to Nakhichevan?’ and I’ll be forced to lie to save face.

• ULTIMATE DESTINATION -- Heaven, to me, doesn’t sound all that great. Doesn’t sound like anyone who cusses, farts, drinks or burps is going to get in and I don’t care how much you love Jesus, an eternity of endlessly praising Him will get old. Plus, I’m sure I’ll know a lot more people in Hell.

Email ThisBlogThis!Share to TwitterShare to FacebookShare to Pinterest
Labels: Battle of the Bulge survivor stories, best and worst of everything, John Clouse, prettiest women in the world, world's most interesting man, World's most traveled man